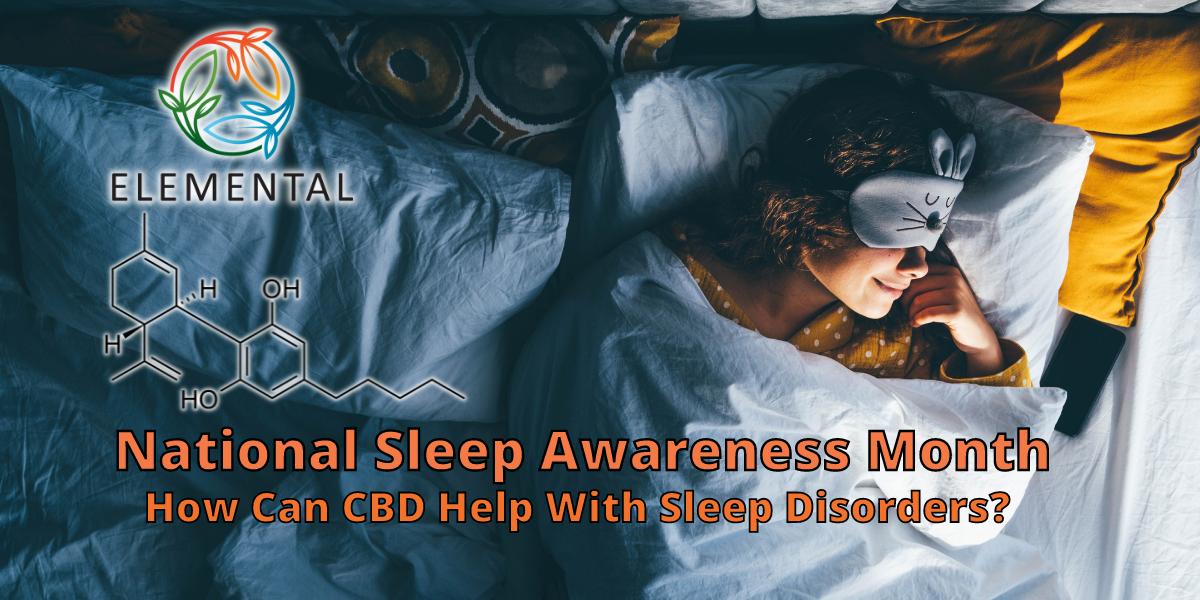 How Can CBD Help With Your Sleep?

Why Is Sleep Important?

A good night of sleep is something so many people want but not every gets. March is designated as National Sleep Awareness Month to provide everyone a chance to look at their own sleep habits and how to improve quality and quantity of sleep.

Sleep play a critical role in our lives as it allows you brain and body to ‘recharge’ after the previous days activities. Not getting enough sleep can heave significant short and long term effects. According to the National Sleep Foundation, at least 40 million Americans suffer from a sleep disorder alone.

A study comparing sleep-deprived interns with other interns who were able to sleep longer showed that those who were sleep-deprived made 36% more errors than the others. They have also found that people those who get more sleep are able to strengthen the emotional components of a memory which leads to a more stimulated creative process.

Getting a good nights sleep (7-8 hours) can significantly reduce the likelihood of developing any one of the above issues and can help you lead a better daily life!

How Can CBD Help With Sleep Disorders?

Cannabinoids are chemical compounds that bind to specific receptors in our central nervous system and act as chemical messengers. CBD is one of these cannabinoids whereas THC is another one. Research has found that the endocannabinoid system plays an important role in maintaining mood, appetite, sleep and other bodily functions.

Research on the effects of CBD on sleep is still preliminary but it is believed that CBD may interact with certain receptors that potentially affect the sleep/wake cycle. It has been shown CBD has a calming effect of the nervous system and can also alter mood since it affects the serotonin system. CBD has also been shown to help with sleep disorders including insomnia, REM sleep behavior disorder and even excessive daytime sleepiness disorder in early studies.

While Anxiety is not a sleep disorder it can significantly contribute to poor and insufficient sleep. Because CBD helps calm the nervous system, early reports show that CBD can be used to treat anxiety-related disorders. In one study it was shown that 80% of participants using CBD reported lower anxiety levels and experienced improved sleep of 65% all within a month.

CBD also may help with insomnia. Insomnia is when people find it difficult to fall and stay asleep which can affect how awake you are during the day, your ability to concentrate and your mood. There is currently a study testing the effects of CBD and THC in treating humans with insomnia but given the effect of CBD on anxiety, it is strongly believed CBD can significantly help suffering from insomnia.

The bottom line is that there is plenty of supporting evidence that shows CBD and cannabinoids can improve sleep but the results are not conclusive and more research needs to be done. Despite this, many people around the world have reported that they personally sleep better and feel better when using CBD. There are even products being made by companies that include other sleep aids such as cbdMD CBD PM Tinctures which uses melatonin, chamomile, valerian root and other relaxing herbs. 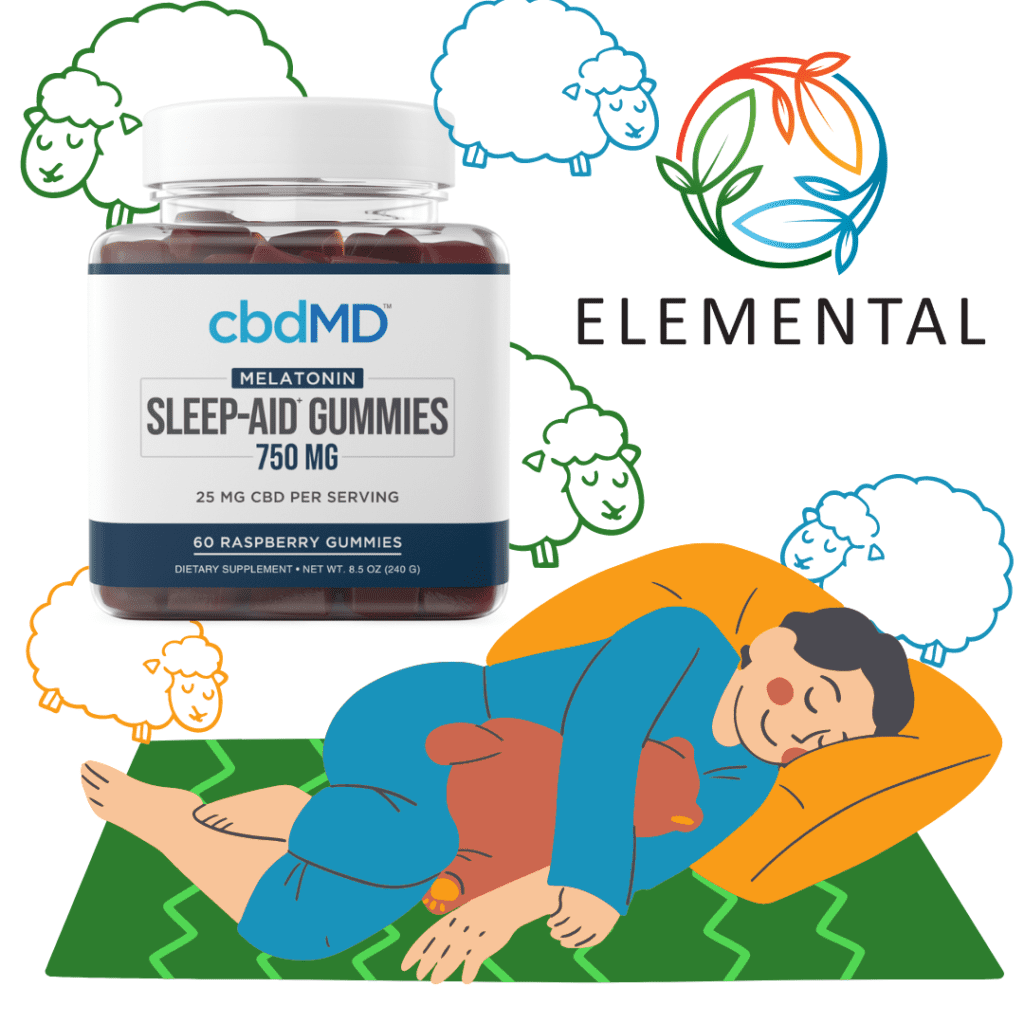 Continue To Educate Yourself!

CBD is constantly being studies which means developments surrounding the awesome chemical are happening as well. Keep educating yourself about CBD and we will hep you along the way.

Elemental is committed to providing the healing benefits of CBD to the Rapid City community and surrounding areas.

Elemental is committed to providing the healing benefits of CBD to the Rapid City community and surrounding areas.

The Potential Natural Benefits of CBD for PTSD
May 19, 2022